Optimus Prime, known in Japan as Convoy (コンボイ, Konboi), is a fictional character from the Transformers franchise. He is a Cybertronian, an extraterrestrial species of sentient self-configuring modular robotic lifeforms (e. g. : cars and other objects), a synergistic blend of biological evolution and technological engineering. In almost every version of the mythos, Optimus is the leader of the Autobots, a faction of Transformers who are rivals of the Decepticons, another faction. He is defined by his strong moral character and is almost always portrayed as the primary hero of the story, opposing the evil Decepticon leader Megatron. 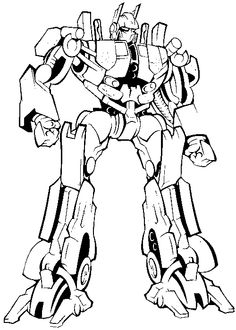